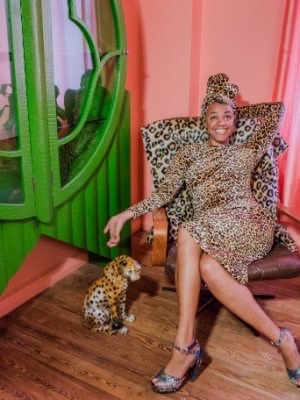 So Andy Fraser's been on the press and radio. First thing he gets is Gideon Coe at BBC6 Music saying he "really likes" Old England, the second single from my solo JLA album "Not Everyone's Cup'o'Tea". Great news. Then for days and a week nothing happened. No plays. It was one of those where I had to push myself out of my comfort zone. I had very recently met and been added on Face Book by Shola Aleje a cool girl on the Totally Wired Radio scene. She does a show with Erika and Dee called Eddies's Angels and works as a producer for Lauren Lavern. Erika Ts and Richard Searle from Corduroy have been instrumental in this new success. Obviously with the Acid Jazz retrospective from Mains Ignition (more on that later) and also with my involvement at the Well Suspect Radio show. It's all been good on a basic level of staying social and media. I feel like I'm being cheeky asking Shola yet she says cool. It helps that I have good songs. I'm appropriately confident. Something I've worked on in counselling.

I get a text from her saying Gemma Cairney is playing it on the morning show, sitting in for Lauren. I'm blown away. She is very enthusiastic. She intros with: "This is Justin Liquid Anderson (the first time this name has ever been said in the media) It's pretty funky. Beware".  After the song she says "Former front man of Freaky Realistic.....catches you doesn't it"

Shola messages me again. Lauren Lavern plays it. Coming out of Talking Heads Girlfriend she says: "If you like that how about this. Here's something new. Debut album Not Everyone's Cup 'o' Tea from Justin Liquid Anderson" After the song she says: "I'm really into this" I'm almost fainting "He used to be in Add n to(x)" I'm getting a ton of mileage from the indie people for the 3 months I was in the band. She mentions the album title and laughs. Then quotes the Andrew Weatherall "Music's not for everyone".

The following Tuesday me and Andy Fraser are celebrating our PR and music success with a slight pub crawl from the Carpenters Arms (Erika and Rich had partied too hard on the weekend. Since the return from lockdown Acid Jazz has been doing a dizzying amount of nights) to the Hare and the the Queen Adelaide to see Lilliana. I return home to hear from people that Gideon Coe has played me that evening. Coming out of the Beach Boys Don't Worry baby he mentions replaying an Add N To X concert from 1998 he said: "Here is something new from JLA once of, from among many other places, AX this is Old England" Coming out of it he calls me James Liquid Anderson. I really don't mind. In my memory this week was perhaps the most airplay I've had. One of the many things that didn't happen for Freaky was airplay. Plenty of telly.

Living the life, playing the game.

In the future there will be a tall building

I have brushed this with my eyeball

Here in the control room

We monitor the action

Remember when you get there

Then the game is over