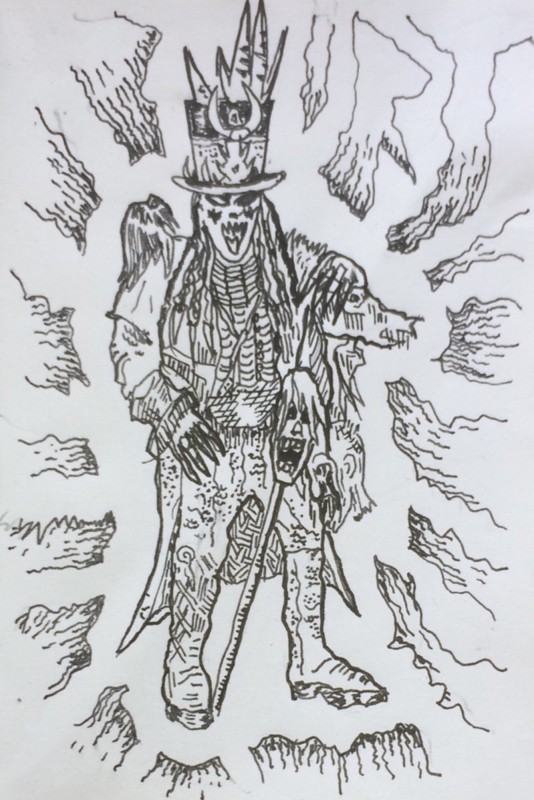 Hey. The picture is one I did of my friend Lee Williams' character Resurrection Joe. He has spent years adding parts to it and dresses up in full regalia and goes to gigs.

Today I'm popping to Acid Jazz to talk to them about the Mains release. Dean, Dom, Oscar and Lucy. Then I'm going round the corner to Great Eastern St to have my photo taken for a project called "Shoreditch Pioneers". It's put together by a guy called Tony and is on Instagram. I almost didn't do it: too tiring, but then I realised it's good for the release. Doug Haywood suggested I do it. He's cool. A couple of others on there I'm not getting along with. Many people I don't know which tells you how huge an underground scene it was. Eddie Pillar is on it.

I moved to HQ Redchurch St in 1994 with PPQ. They ran art shows and clubs like Happiness Stan's.

We set up a music studio in the back and released records for PPQ, 1234 and TummyTouch.We produced early recordings for Hairy Diamond, Whitey, The Libertines and of course Mains Ignition whose retrospective will be released on Acid Jazz this summer called "HQ Redchurch st"

Then I'm coming back for some Well Suspect Radio show action!