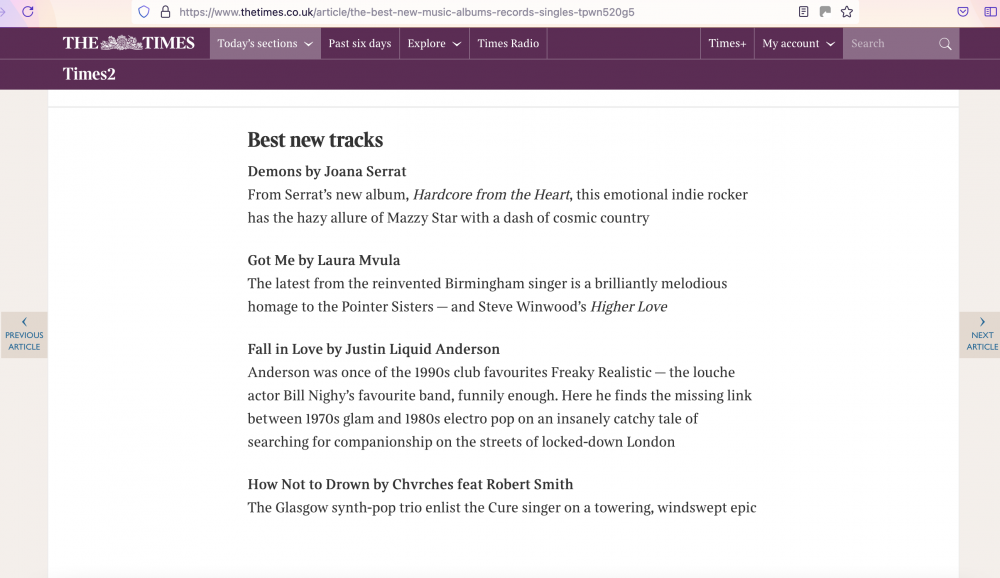 8th July 2021Hello friends,So we got old pal Will Hodgkinson to do a good review in the Times for the "Fall In Love" single. We used to go to Smashing together (90s nightclub where Freaky Realistic did the Leonard Nimoy video). Obviously he has to love it for real cos he's the head of music and interviews all the big boys. He loves the album as well.In my last blog post I said Some Friendly press were doing Mains Ignition for our terrible NME review. Andy was quite forthright in telling me that he has NEVER had a bad review. He knows his writers and finds out how they feel before. On that subject he sent out the JLA solo album and got an immediate response from Dave Bennun who works at the Metro. He wrote Freaky Realistic's first piece in Melody Maker in November 1992(!) Sometimes being old pays off.Mains Ignition album on Acid Jazz is now up for a digital release in August which is fantastic. Somewhat revived by me and Adam Ficek (Mains Ignition, Babyshambles, Roses Kings and Castles) popping in the office to talk to Dean and then appearing on Erika T's Pandora's Box show on TWR upstairs.