Zero The Only Way Is Up 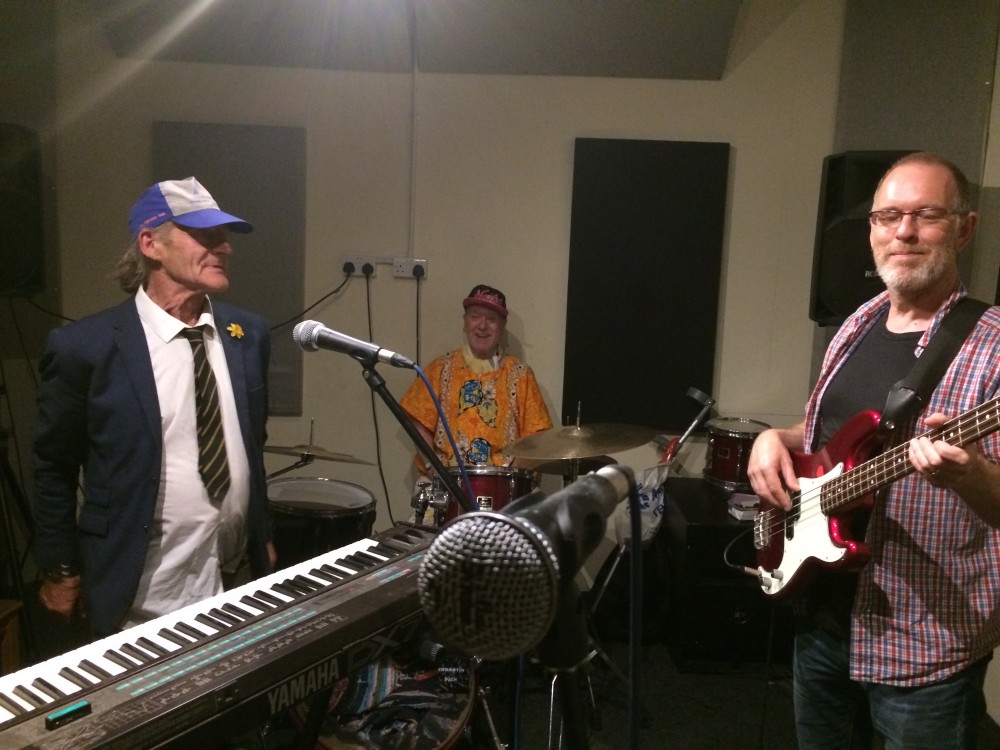 I have formed a local band with two OAPs. The main one is Stanley who's an 82 year old drummer. I first became interested in him because of his eccentric way of dressing. I said "You look like you should be in a band" and he said "I was Gene Vincent's drummer". Having been a Rockabilly during the 80's revival I was very impressed. We have been down the Gun Factory playing original Rock and Roll classics. Brand New Cadillac, Summertime Blues and of course Be Bop a Lula. Stanley hadn't played for 40 years but played brilliantly. The only drawback has been his mate Russell who's a 72 year old theatrical type and dirty old man in both senses of the word. He tells to many showbiz stories and creates a strange odour.